Farmers have always been entrepreneurs. It starts with planting a seed and bringing it to fruition. But along the way, creativity ensues and as that seed grows, other business ideas are born along with it. Whether it’s working to keep input costs, repair costs and just the overall day-to-day-costs at bay and not eating away at profits, every farmer searches his entrepreneurial spirit for answers. 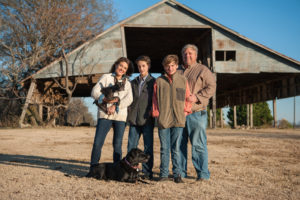 For Twin Ridge Farms and Nat McKnight there is the day-to-day management of nearly 6,000 acres of rice, soybeans and corn crops. Along the way, ideas to cut costs by doing as much repair work themselves became more than that. Moving dirt to level fields and help with irrigation became a side business to help surrounding farmers and neighbors with their dirt needs. There’s also the trucking business to transfer his crops and now other farmer’s as well. And he also is helping spur that entrepreneurial spirit in those who work for and with him at Twin Ridge Farms.

“We’ve got several different headquarters – Litton Road with a big grain facility is our main headquarters and we’ve got headquarters in Cleveland on Sharpe Avenue and another on McKnight Road. We try to fix all of our own stuff as much as we possibly can,” McKnight says.

For more than a decade, McKnight has had help from overseas – men from Romania – working through the H2A program – to help get his crops from planting to harvest and all of the details in between.

“We’ve had help come over from Romania for close to eight or nine years – Mircea Cazan, Dragan Ionita and Babtan 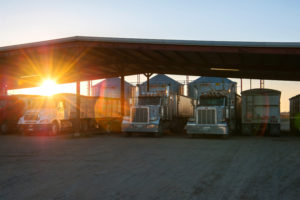 Sorin,” he says. “Sorin runs my grain bin facilities. He’s in charge of getting the grain in the bins and out along with Louis Arrington. I’ve got a guy, Don Woods, who’s been with me for ten years. Another guy who’s been on board for about two years, Robert Sims. James Kearns has been part of the farm worker mix as well. We have a pretty good crew who are dedicated to the farm and whatever we have to do, they get it done.”

Though none have been officially trained as mechanics and farmers, McKnight works to discover each one’s work skills and then hone them.

“We try to keep a good team working whether its welding in the shop or working on tractors,” he says. “We also have a dirt moving business. Adam Baker runs my dirt moving with big four-wheel drive tractors. We do some dirt moving on our farm and do a little outside dirt moving.”

Come harvest time, there’s quite a bit of grain to be hauled to storage and beyond. 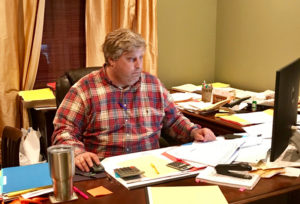 “We’ve got a little trucking business with four PeterBilt Trucks (18-wheelers). One of my main drivers is James Kearns who works full-time and some of these other guys fill the spots as needed. We haul mainly for our operation but then haul for others when we’re not busy. We just try to integrate our business with other things. We took the dirt moving and trucking because that goes hand in hand with the farm. We do 75 percent of our welding and fabricating. We repair what we have on our own farm. We’re not necessarily making anything new but keeping what we have working.”

McKnight looks for workers who could learn how to do what he needs them to do.

“We have four Romanian guys and four American guys. The Romanians come over in March or April and leave in December. The H2A Program is a big part of our operation,” he says. “I’ve had one guy with me for quite some time and he’s trying to get a Green Card. All of the American workers are full-time.”

going the best he can with the help he has.

“Farming is so tight right now with commodity prices, you have to do all you can do to ‘keep juggling all the knives in the air and not let one fall on you,’” he says.

The farmer and entrepreneurship – from just surviving to thriving and keeping it all running on the farm.