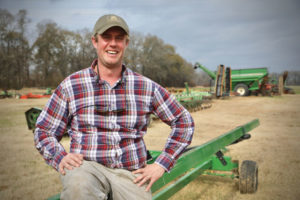 Smith Stoner’s great-grandfather made his way from Indiana to begin a farm legacy in the Mississippi Delta. For the past century the Stoner family has weathered the ups and downs of farming including the recent south Delta flood that put 72 percent of his crop land under water for the season. But, for the fourth-generation farmer, he’s adapted, overcome and hung on. And through that time the farm shop has evolved to help meet the growing and changing needs of the family acreage.

Stoner attended at Mississippi State before having to come home to help his ailing father. He later graduated from Delta State, farmed his own land in 2012, and helped manage his parents land as well. He eventually bought out his parents in 2016. This past year the south Delta flood put more than 240,000 agricultural acres and 550,0000 total acres under water and out of cultivation. It’s been a trying year to say the least for Stoner and others around his Holly Bluff area farm. He normally has a 50/50 mix of corn and cotton with a few soybean acres thrown in.

“It’s been one extreme to the other and back again,” Stoner says. “We were more fortunate than some. At least we had a little bit to keep us occupied. We try to keep our overhead low, and we were able to weather it out to be able to go again another year.”

This past season Stoner spent time working his custom harvest side of the business and more time in the farm shop headquarters area than he normally does. His great-grandfather Lacy Stoner came down from Green Castle, Indiana 100 years ago to plant his family’s future. The first shop on the property was built by his grandfather, Joe Stoner Sr. in the 1950s. The Stoners are a John Deere family and it all started with a mule barn that has long since been torn down.

“My great-grandfather came down in 1919 with two mules and the clothes on his back,” Smith says. “At one time he had 4,000 to 5,000 acres of cropland.  He started across the Sunflower River from where my shop is now. Then, he acquired the land where our current headquarters is located. Stoner Farms is about 3,000 acres, but almost all of the original land is still owned by relatives.”

There is also some family land in the hills and Stoner rents additional acreage as well.

The Stoners have renovated and remodeled their farm shop to meet the ever-changing needs of the farm and its equipment.

“The mule barn, which was the original shop,  was torn down when I was a child. There were three little grain 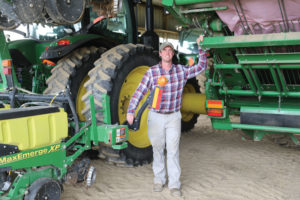 The main shop is approximately 60 x 80 according to Stoner and like most shops, is well used by everyone on the farm.

Stoner says he  isn’t finished with renovating and remodeling as he continues to fine-tune the work area.

“We’re constantly adding storage and creating more workstations,” he says. “We’re trying to make it more efficient for our operations. We have welding equipment, tools and lifts to help us work on our own equipment.”

He admits with computers running farm equipment there’s less and less that is manual to fix.

“It really hurts financially when you have to call a dealership, but the efficiency of the tractors and implements these days offsets that cost somewhat,” he says. “But, we do 95 percent of our own fabricating if there’s something we need to add to a tractor. If it’s something we’re not comfortable with, we’ll call in a local welder to do it. Having a large and efficient shop has really been a game changer to tinker with ideas and such.”

The shop continues to be an integral part of the Stoner Farm with some previous generation quality tools and other items that have been handed down over the years. 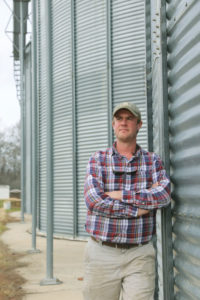 “We still have the work benches my grandfather built and some of the tools he purchased over the years. Some of the bigger, older wrenches hold up a lot better. We do have my great-grandfather’s wagon that he worked out of in the 1920s. And my father’s 1969 Ford Bronco with 70,000 miles he got brand new his senior year of high school. I’m slowly trying to get it restored. Just haven’t gotten very far.”

The Stoner Farm Shop is a special place on the Stoner farm.

“I truly feel that our shop and our equipment is special because I’m blessed and fortunate enough to carry on our family legacy with the items my father, grandfather and great-grandfather were able to build and make better,” he says. “It inspires me to be able to make the entire operation better for the next generation so that legacy continues. It puts a lot of determination and willpower in me to keep that going.”