The 2018 Farm Bill declassified industrial hemp as a federally controlled substance and many states broke ground in planting the new crop. But the Mississippi legislature decided to wait on the supposed gold rush new crop. The theory being that the US Department of Agriculture had not yet approved regulations for its production. Kentucky took the lead in hemp production and thousands of acres have already gone into cultivation. Revenue projections put the crop at a $22 billion-dollar producer by 2022 according to Crain’s Business. Four bills were introduced to legalize it during the 2019 session but each one died according to Chris McDonald, Director of Federal Affairs.

“The legislature did create a 13-member task force to study hemp with Agriculture Commissioner Andy Gipson in charge,” McDonald said.

They first met in this past July and have been working “to consider the potential of hemp cultivation, market potential, and potential job creation in Mississippi.”

“My concern is that this will be all about supply and demand,” McDonald said. “If more hemp is grown the nationally, the market value will probably decrease. Most economist will tell you that and we’re working with Mississippi State economist on that. We’ve been very proactive in studying this.”

One thing the task force set out to explain from the commissioner is “there is a difference between hemp and marijuana.” Hemp is part of the same plant species but only has trace amounts of the psychoactive compound, THC, the ingredient that gets users high. The advocates of hemp preach the economic windfall for farmers with products such as cannabidiol oil or CBD that is extracted from hemp and has a myriad of health benefits still being tested. The fiber and seed part of the plant are for industrial use but most of the money being generated comes from the CBD side according to McDonald. 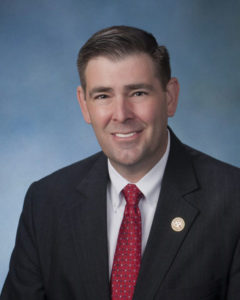 “We had our first meeting July 6th and had a really good series of presentations then,” Gipson said. “We had a lot of farmers show up for that meeting. We formed four committees – agronomy and how to grow it in Mississippi and we have a team of experts on there. We have the regulatory committee that is looking at how other states have dealt with this crop. Everything from licensing and background checks. Then we’ve got the economic development committee that is looking at the potential for job creation and the development from the approval of this.”

The fourth committee is the law enforcement committee that is charged with looking into law enforcement concerns. The latest meeting at press time (September 25th) had another update from each committee with the floor being opened up for questions from those in attendance. Gipson has at least one more meeting planned as they have to report to the legislature by December 7.

“We’ll have one more big meeting and take our final poll of our members and make our recommendations,” he said. “If the committee elects to move forward, I would anticipate a proposed bill rather than waiting on anyone else to do it.”

As Chairman, “I’ve been very open minded on this but at the same time I haven’t drawn any conclusions publicly about it. My sense is that the members of the task force think this is something worthy of consideration with the proper controls and infrastructure in place.”

Teams have been sent to Kentucky and Alabama to investigate their hemp production.

“A lot of folks say we’re behind the eight ball on all of this but I say no because the USDA hasn’t even finalized their own regulatory framework for the production of hemp. We have the benefits of hopefully knowing what their recommendations are when we make our plan. Other states that have already made plans that might not even meet USDA mustard.”

Gipson noted that he’s met with a lot of bankers and know they “have a lot of questions that they are still waiting on answers from the USDA.”

To learn more about the task force and watch their meetings live or recorded, check out www.mdac.ms.gov/hemp.