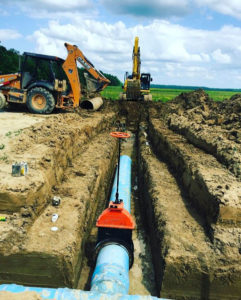 Irrigation is essential to farmers to supplement any deficits in rainfall that might occur, so irrigation systems and the companies that install them are a vital part of agriculture and of a farmer’s livelihood. Chicot Irrigation, a family-owned company, was founded in Lake Village, Arkansas in 1954, and today has offices in Wilmot, Ark., Delhi, La., Hollandale, Miss., Greenwood, Miss., with its headquarters located in Lake Village.

Hubbard Stephens is vice president of Mississippi operations and has been with Chicot Irrigation since 2005. Stephens said the company’s level of experience extends to all facets of irrigation.

“We’ve been in business since 1954 and we mainly concentrate on agricultural irrigation throughout the Delta,” Stephens said, “Whether that’s Valley Center Pivot irrigation systems or anything to do with further irrigation: pumps, wells, underground pipes and service.”

The history of the company began in 1954 with the original owner. But in the early 1960s, a young man by the name of James O. McDonald went to work for them, learning everything he could about the irrigation business. In 1973, McDonald wanted to purchase the company from the original owners and they agreed. At that point, it was strictly a drilling company which specialized in domestic and cattle wells and many other smaller projects.

As larger scale irrigation for production agriculture became more prevalent throughout the Delta during the late 1970s, Chicot Irrigation began focusing on growing its business to meet the demands for water that the agriculture and aquaculture industries needed. McDonald brought family members into the business, his daughter and son-in-law, Beverly and Glen Rowe, and Mile McDonald and Rick Rowe. 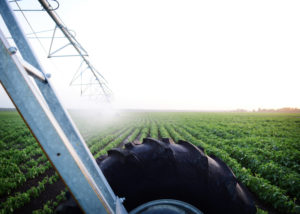 company across Southeast Arkansas, Northeast Louisiana, and the Mississippi Delta. In the early 1980s, droughts increased the need for irrigation and the business grew exponentially. Since then, Chicot has become the go-to for complete, full service irrigation needs. The company has a full service machine shop, does underground pipeline installation, center pivot sales and service, custom fabricated re-lift pumping systems, and has  a large inventory of irrigation parts and accessories.

Today,  Glen and Beverly Rowe’s son Cory is president of Chicot Irrigation. He has led the company’s business growth to include four locations throughout the Mississippi River Delta in three states. Many of the employees that work for Chicot have over 20 years of experience.

Chicot’s services are compatible with most any irrigation practices farmers utilize, from row fall, flood, or center pivot irrigation.

“We drill irrigation wells, pumps and service; we install underground irrigation pipelines, just anything to do with any flood irrigation here in the Delta,” Stephens said.

As with any other business, technology keeps irrigation moving forward, especially as water conservation and preserving the area’s natural resources becomes more and more important. And conservation and technology are two things that Chicot believes in, knowing that reducing costs for farmers and augmenting efficiency is vital. 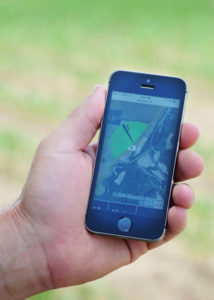 “Technology in the irrigation business is changing rapidly,” Stephens said, “especially with the more concerted effort on water conservation, trying to protect our water resources here in the Delta. There are several new technology advancements that have come on in the last five to ten years. But it’s still changing every day.”

As for adding more service areas, Stephens said that for now there are no plans to expand the company into any other locations. “You never know what might happen, but at this time we have no further expansion plans.”

Stephens said that customer service and continued innovations and improvements to the company’s service capabilities is paramount with Chicot’s to have a positive impact on the communities in which they serve.

“We pride ourselves in our service of the irrigation pumps and our ability to take care of the farmers when they need it most. We stay in contact with our customers and we have a great sales team throughout the Delta that stay in contact and form relationships with the customers. And that’s our main avenue of business.”