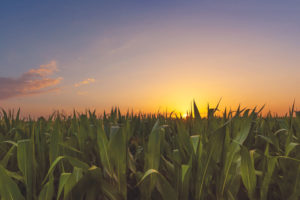 Tunica County Ag Agent Anthony Bland’s story is typical of the industry. He grew up on a family farm located on the south end of Tunica County. The love of the land, the smell of the soil often seeps deep in one’s soul. In fact, Bland still lives in the same house where he and his eleven siblings grew up. While he didn’t become a farmer himself, he stayed in the agriculture field.

“I became an ag agent because it seemed a natural fit for my experience and background,” says Bland. “I majored in Agronomy at Mississippi State University after getting my associate degree at Northwest Community College. My initial plan was to go into engineering after high school, but I soon found out that the math requirements and I were not compatible. I chose to go into a field where I felt I had a competitive edge based on my experience growing up a farm. I was also somewhat familiar with the role of an ag agent because my father would call the county agent whenever he had a problem with his cotton or soybean crop. I have been an ag agent for over twenty-four years. I started in Coahoma County as an ‘Agent in Training.’ After six months in Coahoma County, I went to Tunica County where I had 4-H responsibilities and assisted the county agent with ag programs. The end of this year will give me twenty-four years of service in Tunica County.”

Bland’s duties as an extension agent are to provide research-based information from the college and experiment stations to the local producers, and to keep them abreast of new technologies and how those may impact their bottom line.

“When I started in 1995, Roundup Ready Technology was just being adopted by producers. In less than three years, all of our farmers had adopted the roundup ready technology. A similar situation has happened with the emergence of Dicamba tolerant crops. Many of our producers are early adapters to change and new technology while others are late adapters,” he says.  “In the case of new herbicide technologies, there can be conflicts among the two, due to herbicide drift from resistant crop to susceptible crop. Extension here in Mississippi has done a good job educating and informing Mississippi producers on the correct use of new herbicides and minimizing damage from drift. This is part of what I like about by job, helping producers adapt to new technology that will make their job easier and affect their bottom line.”

Bland also hosts production meetings where crop specialists address farmers’ concerns for the upcoming crop. He provides private applicator certification training for the purchase of restricted use pesticides, holds field demonstrations, assists with implementing variety trials, makes farm visits and can give consultations to farmers via telephone. With so many jobs under one umbrella, Bland says his career is one he enjoys because of its diversity.

“What I like most about my job is our ability to solve problems and help producers make informed decisions. Problems that we address include such things as weed control, insect control, pesticide rates, soil fertility,  variety selection, and irrigation timing,” he says. “The way that our office helps farmers is by being as proactive as possible. We start with production meetings that address problems with last year’s crops and potential problems for the upcoming crop. We encourage our producers to attend statewide and region meetings on row crops, short courses and the Delta Ag Expo. We offer numerous Private Applicator Certification training so that producers can purchase and legally use restricted use pesticides, and we have grower meetings during the crop year that address specific problems that may occur during the growing season.”

Tunica County has roughly 220,000 acres in row crop production. The majority of those acres are planted in soybeans, followed by cotton, rice and corn. The crop mix for 2020 should be about the same as 2019. “The biggest challenge facing producers is the uncertainty in the commodity markets. Production cost and yield remain relatively stable from year to year, our biggest challenge is getting consistent good prices for our commodities,” he says.