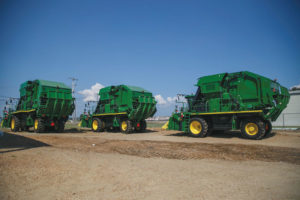 Agriculture is a vital component of the economy in the Mississippi Delta and farming is a way of life for many. And while some farmers may diversify their interests into many other business ventures or professional careers, planting and growing from the earth still runs deep and remains a strong part of their lives.

Coley Bailey is one such farmer. Bailey grew up in Coffeeville, Miss. and planted his first crop when he was 16 years old. He moved from Coffeeville to Grenada after his family bought a farm there, so it was a natural and positive transition for him to call Grenada home and centralize his own farming headquarters there. Bailey and his wife, Deborah, have four children, three sons and one daughter, and are firmly rooted in the Grenada community.

Today, over 50 years after that first crop he planted as a youth, Bailey farms 6,000 acres in three different counties, with most of them in Grenada County. Bailey says that over the years, farming has introduced him to many other opportunities, some that he still maintains today, such as a corporate director position. But farming is what holds a special place in his heart and always will.

“I love farming and I built my farm headquarters building in Grenada 32 years ago,” Bailey says. “It’s located in Air 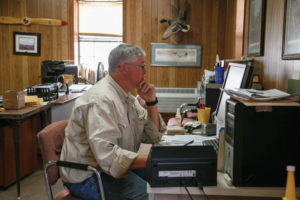 Industrial Park. We farm land in the Park and we own land adjacent to it. In my headquarters,  we installed very good, high-speed Internet with cable TV, though the most important thing about it is its central location.”

Bailey says he has four farms, with one of those within two miles of the shop.

“And then we have three satellite farms that are each about 18 miles away, in three different directions, and each of those farms has a 1,000 to 1,500 acres,”  he adds. “Our headquarters is in the middle of our farming operation, which spans around 40 miles.”

Over the years, Bailey says they have done minor upgrades to their headquarters, but not anything major. “We’ve added one building large enough to store the new type of cotton pickers but that’s about it.

The headquarters is the heart of where Bailey conducts his business, and he says that putting the time and effort into the construction and location of the headquarters has been an absolute benefit to his farming business, which has been diverse throughout his agricultural career. 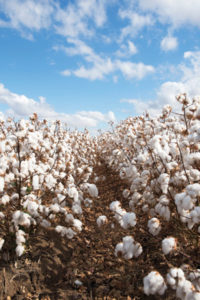 “We’ve farmed a lot of things over the years, but right now our business is strictly cotton. We’ve farmed peanuts and corn, soybeans and pecans; we’ve even raised cattle, but cotton is something that we do well, so that’s what we concentrate on.”

Bailey’s oldest son, Coley Little Bailey, Jr., runs the farm today, with the elder Bailey on hand for whatever is needed. “I’m basically the farmhand today and my son runs the place,” he laughs.  “Really, we both own it, but he’s the operator.”

Bailey adds that his headquarters’ building is built on a four-lane road and very close to his chemical supplier.

“It also has fantastic city water that we use in our chemical operation. And it’s adjacent to the farm, which is so important. We’re sitting in the shop, but we’re also on the farm, so the fields are right there with us. A large part of our farm is in the city limits of Grenada and so is the shop. I can’t stress enough how important the location has been to my farming business.”